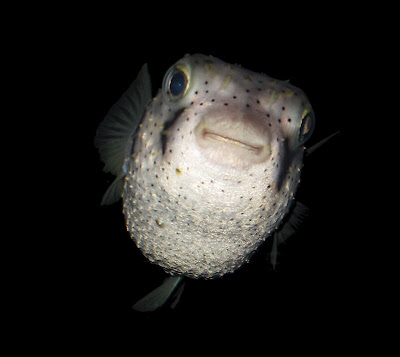 Flying a lot those days, I read a novel by Richard Flanagan, Gould’s Book of Fish (2001, Pan McMillan Australia). Of course, the reason for picking it up in the Perth airport bookshop was the combination of title, cover image (fish) and some fish plates inside. The book cover also said “Masterpiece” and “A work of significant genius”.

Whereas the “Book of Fishes” illustrated by William Gould exists, as well as its artist existed, the fish painter in Flanagan’s fiction is somebody else, the narrator echoing Flanagan’s exposure of the violence, cruelty, terror, lack of morale, and inhumanity reigning in the early history of Australia. It is also a tale of two ways of apprehending fish, and a layman’s mockery of 19th century exploratory science.

Whereas today’s “evil/mad scientists” are the ones constructing nuclear and biological weapons, and consequently mostly being engineers in service of politicians rather than true scientists, in those days, collecting, taxonomy, and the misguided study of phenotypical variability within Homo sapiens, along with the invention of the steam engine, textile factories with mechanical weaving machines, and other premonitory of the industrial revolution, contained considerable fuel for contemporary and subsequent flaming as pure evil.

The ‘evil’ scientist, however, is rarely, if ever, a scientist as scientists understand science: explaining how the world and everything in it works, using methods of observation that are relevant and repeatable, and reporting conclusions that are falsifiable at least in principle. This science permits us to understand why we have seasons, how to fly to the moon, why fish have scales or not, and that humans trace their ancestry to fish. Unfortunately, science is not very good at creating peace on Earth, something that is assumed to be the wish of all people. Peace is also not the task of science, but could benefit from more studies into the processes involved in human interaction, and the rational mind is better equipped to work for a world free from war and suffering.

In Flanagan’s novel, corruption, the companion of power, is at the forefront. Among other figures in the novel, the evil scientist strives foremost for academic recognition, and becomes the slave of other evil academics striving in the same direction. What was membership in an illustrious academy in the 19th Century, today has become “high impact” publication. It is only more murderous and so many people are involved that none will go to history on publication alone. Thousands of high-impact papers are published annually, without anyone noticing the impossibility of this bibliometric tool, and thousands upon thousands of research papers are disseminated without this stamp. Apparently more research is produced without the stamp than with and there is absolutely no difference in quality. We have seen earlier how Darwinius massiliae managed to reach a one-week long fame without really contributing anything exceptional, and so the show goes on. It is not enough to do research. It also has to be packaged, marketed, and sprayed over the masses. This is problematic, because with most research laymen cannot consume it directly. I cannot read a physics paper, I need it explained to me, which makes the explanation a crucial component of research. I cannot trust the scientist because of my own ignorance;, can I trust the popularizer, the journalist? Who makes the choices what to report and what not? Why was never the “link between monkey and Man” corrected? Where is the science?

Bill Gould, in Flanagan’s book, is a bad guy painting fish in a penitential settlement in Tasmania, hired for a while by the evil scientist who resorts to anything in order to have his academic membership, including cultivating a to-be smart pig, fish paintings, mollusk collecting, and beheading natives, all in the name of science in capital letters. Himself he is cheated by the Europe-located member of the academy using the collections to compete with rival academicians. There is no science here. The mere use of yardsticks, thermometers, and other instruments, the mere assembling of measurements and other numbers is not science. The mere assembling of specimens is not science. The wicked idea of beheading a fellow human to obtain academic tributes is absurd and repenting irrespective of at what time in history it occurred or for whatever political, religious, or scientific justification attached to the act. Yet, the “evil scientists”, who are not scientists, come with every corrupt government, and the scandals effected by these individuals stay in memory.

It is definitely true that colonialism put an end to human innocence. In the local exhibit in Botany Bay, there is a cartoon depicting two native Australians watching from shelter the Cook party landing in 1770. One of them says “Look, international terrorists!” We cannot rewrite history, only admit that what is wrong in science today was wrong then, because our earlier colleagues also had choices. Scientists, including another Gould (Stephen Jay), have already exposed the ridiculosity of craniometry and phrenology as a source of knowledge about intellectual and other characteristics of individuals or groups of individuals, based on scientific criteria. In ridiculing his exiled scientist in Tasmania, Flanagan, for that reason certain to be correct, shots another arrow through the black heart of phrenology with his parody of the penitentiary scientist, while at the same time giving a colourful hint at how colonialism and in particular the overseas prison colonies could create an atmosphere permitting these crimes.

Nevertheless, Flanagan is not a historian, his novel is fiction, and his dream is Rousseauan from the forebrain to the fingertips. His world is ruled by the weedy sea dragon and its conception of the universe. His message is clouded by clouds and dressed by fumes, drenched in body fluids sprayed over all pages, and most of the time reading I long for the proper use of sentences rational to the mind and true to the history behind the story. Indeed, I want the real William Buelow Gould (1801-1853) and history, because no matter how long I look at fish, I will never be one, and instead of giving up on humanity, I will live part of it, hopefully to the better of it. I would suggest “Finding Nemo” as an alternative to “Gould’s Book of Fish” if you have time to spend. But maybe you have to read “Gould’s Book of Fish” to get the point of this essay? Or you can read the more detailed review by Frances Devling Glass, revealing all including the end.