Roger Hyam’s blog post Calling time on biological nomenclature and the comments it received, also on Taxacom, makes me wonder if not biodiversity informatics is the enemy rather than the servant of science. What some of my colleagues argue for are empty name lists, including also artificial constructs like barcode species. Then erecting the haplotype as the focal point of taxonomy is apparently to be expected lying in ambush.

For taxonomists, names are abstractions of scientific knowledge, and cannot, consequently, be managed in a formalised top-down system. To call for science to be published in only certain journals, to advocate that certain kinds of “species” should be the only ones permitted, are not friendly proposals to rationalise information flows, but denials of the process of free information gathering. It is plain denying that taxonomic papers are primarily contributions to science in the first place, and name machines only secondarily. Taxonomy must remain a scientific exercise, and cannot be a mechanical process.

The idol project brought forth is the International Code of Nomenclature of Bacteria, where there is a Committee to decide, a single place to register names, and — most importantly, forgotten by the supporters — less than 10 000 diagnosable units are included. Since bacteria are so different from other organisms, and the named units so few (at least that have been admitted by this Committee …) the ICNB is simply not possible to use as a model for the several million species of multicellular organisms, most of which have not been named yet.

Whereas I am a friend of registration of names, and advocating that scientific names as defined in the Botanical and Zoological Codes are as good markers as can be (human-friendly they are) of scientific processes of elucidating the characteristics, whereabouts, and history of pieces of biodiversity, I cannot be positive to registration replacing the scientific procedure of testing hypotheses of phylogenetic distinctness labelled with scientific names. No committee should certainly be involved here. And whereas barcodes can probably be an interesting tool for the food industry and similar, I don’t see much use for it in taxonomy where we have species concepts based on evolutionary theory, type specimens, and diagnoses that are compatible with scientific theory and hypotheses. In taxonomy, contrast to the barcode shop, we also have flexible systems to classify biological units other than “species”.

The concerted effort of GBIF and Encyclopedia of Life to build a Global Names Architecture (GNA), providing a Global Names Index (GNI), seems to me to be a way out of the dilemma that biodiversity informatics is entangled in: information about biodiversity cannot be extracted because there are too many names (with misspellings, synonyms, homonyms, etc.) out there and the approximate (can never be exact) meaning of a name may vary from one mention to another. Certain related efforts, such as transparently tagging names with identifiers, as is being done in Zootaxa and ZooKeys, are bridging the gap between computerified and human-mediated names. Thus the technology is there, it is evolving, and taxonomy should be able to continue as a science.

The real difference between the mega-name-consumers and taxonomy is that mega-name-consumers wish to have all in one place, which is probably of zero interest to taxonomy. They are also not interested in metadata such as diagnosis, type specimens, etc., and they do not want taxon concepts to change, which they inevitably must do in science. In taxonomy, only small sets of taxa (and names) are handled at any given time, and of these, all have a definite function in the particular study, may be a revision, a field guide, a phylogeny, or a classification. In such contexts, the name domain is self-contained, and all named units are related to each other by the hypothesis or scope of the study. Everything else is of zero interest. For a study of cichlid fishes, it is of no interest whatsoever if New Zealand Lepidoptera exist. Enter mega-name-consumers, who will need both in the same list because those lists are not based on any scientific criterion and it is absolutely not known what the list is for. If consumers could define their precise needs from study to study, it might be easier to design the tools to extract the names and concepts actually needed. To maintain lists of millions of names, even in a database, for no specific purpose does not make much sense. Indeed, most checklists of smaller scale as well, especially when produced by non-specialists are equally meaningless anachronisms of apparently undefeatable listmania.

So, we must ask from biodiversity informatics:

Whereas 2 and 3 may be underway, I am beginning to doubt that anyone can give a good answer to 1…

For those who cannot embrace taxonomy fully, I recommend stamp collecting. It has all the flavors of registration, codes, hybridisation, phylogeography, central committees, misidentifications, rare haplotypes, identical reissues, fakes, top-down standards, and stasis. It is a totally unscientific enterprise with no limits to organisational options suitable for old frustrated men obsessed with control. Ooops, does it sound like DNA barcoding …? 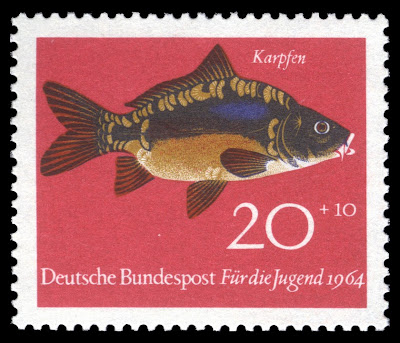