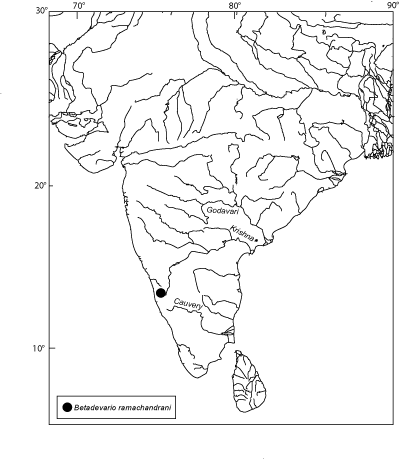 One thing that ichthyology and biodiversity informatics have in common is an interest in and need for ephemeral names of places. Names that change from one map to another, names spelt differently on different maps, and names that come an go in history. For us working with Asian, African and South American freshwater fish it more of an adventure than any non-ichthyologist can imagine.

In the case of Myanmar and Burma, it is just not the name of the nation, but I still cannot figure out what became of the Irrawaddy River — is it now Ayeyarwaddy or Ayeyarwady; maps and official websites leave me unassisted. Sandoway has become Thandwe, Tenasserim is Thanintharyi, the Salween River is now Thanlwin, Bassein became Pathein, Tavoy Dawei, Pagan Bagan, and Akyab is Sittwe. But Mandalay is still Mandalay. Check out a modern map.

In India, Madras is now Chennai, and Bombay became Mumbai (but Bollywood is not Mumywood).

Anyone long enough into South American fishes knows Barra [do rio Negro] means Manaus, and type localities in Amazonian Ecuador in the 19th Century are now in Peru (like the famous Ambyiacu of Cope = Ampiyacu, a tributary to the río Amazonas in Peru, the one called Marañón a bit upstream today as the whole river was named by the early Spanish, until el río de las Amazonas as it was called by Cristóbal de Acuña caught on.

I have been fighting with Lake Tanganyika localities for a while, starting with and Stanley, moving on to Boulenger and all the more bewildered I am for good old Kinyamkolo is today Mpulungu, and Albertville of course is Kalemie. When I read in Humphry Greenwood’s foreword to George Coulter’s Lake Tanganyika and its life (1991) that the lake was known as Uniamesi Sea in 1855, long before it was “discovered” by Europeans, I am not surprised.

Whatever happened to Tanganyika? is a book for people who find the above interesting and worth remembering. It is written by Harry Campbell (unknown to me), with a foreword by Alexander McCall Smith (The No 1 Ladies’s Detective Agency), who comes up with the term nostalgic geography. Maybe nostalgic for him. In biodiversity informatics name changes are for real and nothing to joke about. Author Campbell, however, is entertaining. When tired of being serious with name switching, this is the book that will amuse and enlight. There is 158 pages and 46 chapters, each one dedicated to a particular toponym. Your will find out about Tanganyika at the end, and you can read a little on Amazon (an online book etc. shop) to start with.