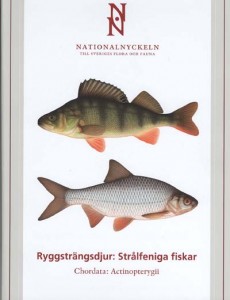 I was comfortably seated in the sofa,  in a conversation about books bad or good, literature that is. My eyes crawled for cues along the backs of books in the sunlit bookshelf across the room, eventually steadying on a 15 volumes work from the early 1960s that presents the animal kingdom in a phylogenetic sequence and providing some food for thought. It is in Swedish and intentionally popular but probably too advanced for readers in the 21st Century. Departing from the traditional Brehm, Djurens värld edited by Bertil Hanström, (1891-1969), professor in Zoology at Lund University, treats every major group in some detail, with illustrations and facts mostly taken from scientific literature. In some respects a lay version of the monumental work of comparative morphological zoology, the Traité de Zoologie. The first 14 volumes were systematic reviews written by expert biologists, the 15th, treating animal preservation techniques, by Yngve Lövegren (1899-1901), an outstanding specialist in animal preservation and the history of Swedish museum collections. Hanström had help from Alf Johnels (1916-2010) with the two fish volumes, of which the first covers a significant part of vertebrate anatomy and physiology. These volumes descend from a period when there was no Internet, not even fax machines. A time when communication means were by print, letters (aka snail mail), and telephone. Libraries, personal or institutional, were the main source of information and copies were made by photostats or photographs, but largely by studying in the library and taking notes. Comparing with today’s mountains of readily accessible information, printed, online, or xerographed, and the ease by which intelligeble text can be produced just by a little copying and pasting, one has to be respectful of the writings of the not so distant past. So, Hanström and his peers need a special honorable mention here, before we come to the point of this text, which is more specifically about monographs or faunal reviews of Swedish fishes. The two fish volumes of Djurens värld played a significant role mostly as an inspiration for becoming fish taxonomists, and the inspiration to write this report, possibly shamelessly promotional and an exercise in name dropping. But I can’t just write “hey there, there’s a new fish book, and it is really nice…” Or maybe that would have been enough…

The earliest post-Linnaean attempt to fully cover the Swedish fish fauna in a single volume was probably by Bengt Anders Euphrasén, but his manuscript was never published. It was not until 1836 that the first portions of the intended first complete, illustrated monograph on Swedish fishes appeared, Skandinaviens fiskar. It was authored by curators at the Swedish Musuem of Natural History, Bengt Fredrik Fries (1739-1839) and Carl Ulric Ekström (1881-1858), with illustrations made by Wilhelm von Wright. Fries died in 1839 and Carl Jakob Sundevall (1801-1875) stepped in as a contributor. The work was meticulous, but slow, and the last few pages of this terminally unfinished work were published in 1857.

In 1892, however, it came to life again with the first volume of two of a much reworked version with the same title, but considerably improved and exmpanded by Fredrik Adam Smitt (1839-1904), professor at the Swedish Musem of Natural History. It is a magnificent, heavy volume of 1239 pages, accompanied by colour litographs. Volume 2 came in 1895 and the plate volume was complete also in 1895. An English translation, Scandinavian fishes, also  appeared in 1895. In the meantime Sven Nilsson (1787-1883) in 1855, then professor at Lund University, presented a full descriptive catalogue in the fourth volume of Sveriges Fauna, but without illustrations. Between 1881 and 1891 Wilhelm Lilljeborg (1816-1908) published three volumes of descriptions of Scandinavian fishes, Sveriges och Norges fiskar  (Sweden and Norway formed a union, The United Kingdoms of Sweden and Norway from 1814 till 1905), but none figured. Just as Smitt’s and Lilljeborg’s books were out,  Anton Stuxberg (1849-1902), curator at the Museum of Natural History in Gothenburg published a faunal compliation covering the Scandinavian fish fauna, Sveriges och Norges fiskar (1894-1895), a very basic work, which profited from illustrations reproduced in grayscale from Smitt.

Especially Smitt’s work is something of a masterpiece, putting together all information available at the time about all fish species occurring in Scandinavia, as a rule with descriptions and figures from specimens in the collection of the Swedish Museum of Natural History, and with a considerable amount of original drawings and descriptive data. von Wrights’s figures were used also for Smitt’s edition of Scandinavian fishes,  but several artists were involved in the production of illustrations of species not covered in the first edition.

An amazing work of later days, published mid-war, 1942, is the treatise of Nordic fishery by Karl Andreas Andersson (1875-1968), MP and director of the Swedish Fisheries Agency. It incorporates descriptions of all Swedish fishes written mostly by Orvar Nybelin, curator and eventually director of the Natural History Museum in Gothenburg. Most species were illustrated, some of them in charming full page color photographs of carefully arranged freshly caught fish specimens. A second edition appeared in 1954, and a third in 1964. Nybelin was well prepared for this task. His pocket guide to Swedish fishes, Våra fiskar, was published in two volumes, one for freshwater and brackish water fishes published in 1933, and one for marine fishes published in 1937. They were followed by improved editions up till 1956, and one usually finds a freshwater and marine book bound to a single volume. In a very compact format this book provided both illustrations (colour and greyscale, mostly from Smitt), and determination keys to all Swedish fishes.

Recent heroes of popular Swedish fish faunal monographs include Kai Curry-Lindahl (1917-1990), zoologist with various positions, who maintained a steady series of books, based to some extent on Danish or Norwegian templates, but with a unique body of information on specificially Swedish conditions. His Fiskarna i färg (1953-1979) was unimpressing, but Våra fiskar (1985) is a classical book that will never completely go away. Unfortunately becoming rare in the used book market, as one would hesitate to part from it. Both Fiskarna i färg and Våra fiskar have been continued by mostly translated works on the Nordic fauna. An important Danish work in several editions, Havfisk og fiskeri i Nordvesteuropa and Europas ferskvandsfisk by Bent J. Muus and Preben Dahlström, have been an important field guides in their Swedish translations from 1965.

So, considering the excellence of the historical works, it is with considerable humbleness that one presents now the second fish volume in the Encyclopedia of the Swedish Flora and Fauna, published 24 September 2012: Chordata: Actinopterygii.  The first volume was mainly about tunicates, but treated also hagfish, lampreys and chondrichthyans. The second volume treatsalmost  all actinopterygians encountered in Swedish waters, and since all are illustrated in colour is is quite a lot more colourful tome than the first volume. The production of the second book has gone on for almost seven years in parallel with the first volume,  and the quality and usefulness of it is largely due to the skills of the illustrators, Linda Nyman and Karl Jilg.

The book covers 216 species, from Acipenser baerii (an introduction) to Mola mola (sporadic). Two species have not been reported before from Swedish waters, namely Lebetus guilleti and Ciliata septentrionalis, but are illustrated here based on Swedish specimens. A third novelty is Carassius gibelio, but it is well known as a specimen game fish since the early 1990s. Incidentally, two new species for Sweden were reported too late to be included in the Encyclopedia, viz. Reinhardtius hippoglossoides and Beryx splendens, encountered in 2011 and reported by Leif Jonsson. A few species, such as the single record of Canthidermis maculata in 1857, did not make it into the book as singularities that have not been observed in Sweden after the 19th Century were outside the concept of the product.

The book on Swedish actinopterygians is contained in a series called, in English, The Encyclopedia of the Swedish Flora and Fauna. The Encyclopedia is a project started at the Swedish Species Information Centre in Uppsala in 2001  and aims to produce a series of identification handbooks with keys in Swedish and English to the Swedish plant, fungi and animal species. It is a long-term project, aimed at covering the 30 000-40 000 species which can be identified without highly advanced equipment. They will be described in detail, including information on distribution and biology. For most of them, distribution maps as well as illustrations will also be provided.

Back to the beginning of this blog, which is the best of all books? I don’t know, but probably not a fish book. It is probably one of the many novels, and maybe none in particular. There is a different book for every moment and every task in life. As long as there are books, there is life.

With this conclusion, it is alarming that a government-appointed  reviewer of the Encyclopedia and other activities at the Species Information Centre, has suggested termination of the Encyclopedia in its printed form. It is not over yet, though, and the Swedish biological community is up to fight for knowledge.